To share your memory on the wall of Gilbert Cofer, sign in using one of the following options:

While at Duke, he met an undergraduate named Margaret Elizabeth Swofford of Hollis, NC, who became the love of his life. They married shortly after his graduation, and he began his ministry as a “circuit rider” for churches around Disputanta, Virginia. He became the youth minister of the Wesley Foundation at Virginia Tech in Blacksburg, followed by assignment to Great Falls Methodist Church. Gil then became Director of Adult Ministries at the Conference offices in Richmond. In 1961, he was assigned as Executive Secretary for the Alexandria and Arlington Districts, where he was placed in charge of adult education for Northern Virginia and Director of Camp Highroad near Middleburg.

Gil is remembered most for his many years as Director of Camp Highroad. Camp Highroad provided week-long residential programs during the summer for children and teenagers from Northern Virginia. Campers built fond memories of swimming, archery, stargazing, horseback-riding, crafting, hiking, and camping in the rustic setting of the camp. During his tenure, Camp Highroad developed a year-round retreat center used by many groups. Highroad also hosted Camp Kentan, a program sponsored by Eunice Kennedy Shriver and the Civitans. Camp Kentan provided activities and fellowship opportunities for disabled children and adults.

Gil retired from the ministry to care for his wife Beth in 1975. They traveled in RV comfort for many years, eventually spending their winters at Venture Out on Cudjoe Key, Florida. Beth died on January 4, 2002, exactly 19 years before Gil’s death.

Reverend Cofer was predeceased by his parents, Richard Clyde Cofer and Laura Johanna (Gildersleeve) Cofer; his sister Eloise; and brothers Richard and Joseph. He is survived by his daughter, Mary Elizabeth Dix (Tom, deceased) of Lewisetta, VA and his sons Charles Gilbert Cofer (Emily) of Jacksonville, FL, and John Lewis Cofer of Knoxville, TN. He leaves 5 grandchildren, 8 great-grandchildren, one step great-grandchild, and many nieces and nephews.

Arrangements made through Welch Funeral Home, 10300 Richmond Rd., Warsaw, VA 22572. Internment of his ashes will be next to his wife in Shelby, NC, with a memorial service at a future date.

In lieu of flowers, the family asks that donations be made to The Westmoreland Players Theater, 16217 Richmond Rd, Callao, VA 22435, https://www.westmorelandplayers.org/ where he spent many happy hours helping. Memories appreciated at gilcofer21@gmail.com.
Read Less

There are no events scheduled. You can still show your support by sending flowers directly to the family, or planting a memorial tree in memory of Gilbert Francis Cofer.
Plant a Tree

We encourage you to share your most beloved memories of Gilbert here, so that the family and other loved ones can always see it. You can upload cherished photographs, or share your favorite stories, and can even comment on those shared by others.

Posted Jan 08, 2021 at 02:10pm
What a life Gil lived...always offering a helping hand, always there in times of need, constantly smiling and exhibiting a good heart, at all times contributing an encouraging word.....I could go on and on in praise of this extraordinary man. He was a friend in the truest sense of the word, not only to me but to my entire family, through marriages, births, deaths, trips to the grocery store for my mom when when was ill, crab boils, family gatherings, morning coffees, and all the other activities involved in "river living". Judith Sound and Lewisetta will never be the same. I will miss you, my friend.
Comment Share
Share via: 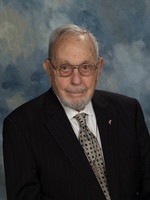