To share your memory on the wall of Edward Coggin, sign in using one of the following options:

Turner was born on September 3, 1951 in Warsaw, Virginia. He attended the University of Virginia’s undergraduate commerce school, graduating with high honors, and then was accepted directly into their Darden Business School from which he received his MBA in 1975.

Turner had a distinguished 35-year career in banking that led him from his start at Mercantile Bank in Baltimore back to Richmond where he ended his career surrounded by friends at Citizens and Farmers Bank. He was truly gifted in his profession, and he loved the opportunity to mentor new bankers as well as solidify long lasting client relationships.

As much as he loved his career, Turner’s true passion was his family. He was a man of his word who never sacrificed his values and led by example. While always humble, he was a proud father, grandfather, and brother. He loved boating and fishing, was a voracious reader, and cherished the history of his family in the Northern Neck of Virginia, all of which he passed along to his children.

He fought a 16-month battle with cancer with dignity, humor, and eternal optimism, always believing that his best was yet to come. He never lost faith, and his last year was enriched by the unwavering support and love of his many friends, and over the last months by his wonderful caregivers: Clara, Moses, and Iris.

A service to celebrate his life will be held at 11:00am on Saturday, February 8th at St. John’s Episcopal Church (5987 Richmond Road, Warsaw, VA 22572) with a burial following at the church cemetery. The family will receive friends after the burial in the adjacent Wellford Hall. In lieu of flowers, a memorial for Turner may be given to the Northern Neck Historical Society (15482 Kings Highway, Montross, VA 22520) or the Richmond County Museum (5874 Richmond Road, Warsaw, VA 22572).
Read Less

To send flowers to the family or plant a tree in memory of Edward Turner "Turner" Coggin, please visit our Heartfelt Sympathies Store.

We encourage you to share your most beloved memories of Edward here, so that the family and other loved ones can always see it. You can upload cherished photographs, or share your favorite stories, and can even comment on those shared by others.

Love you, Cassi Pearson sent flowers to the family of Edward Turner "Turner" Coggin.
Show you care by sending flowers

Posted Feb 05, 2020 at 01:19pm
The Lord bless you and keep you; the Lord make his face shine on you and be gracious to you; the Lord turn his face toward you and give you peace.

Flowers were purchased for the family of Edward Coggin. Send Flowers

Flowers were purchased for the family of Edward Coggin. Send Flowers

Posted Feb 02, 2020 at 08:07pm
Deepest sympathies to Bailey and Tim Moyer and the entire family. May you get some comfort from your many wonderful memories and the knowledge that those near and far have you in their thoughts.
Tim Johnson and Todd Mohrmann
Comment Share
Share via: 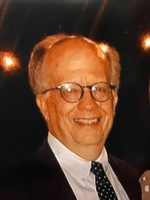