To share your memory on the wall of Franklin Combs, sign in using one of the following options:

Frank was a member of Totuskey Baptist Church, of Warsaw, Virginia. He was in the U.S. Army National Guard Reserves for eight years as a Communication Specialist. His professional career consisted of being a 7-UP Distributor, as well as working for the Coca-Cola Company and Parr’s TV. Frank went on from there to open his own satellite business from which he retired. During his retirement, he loved to fish and he grew a huge garden which he shared with everyone. He enjoyed tinkering in the shed and had a passion for taking anything that wasn’t running and make it run like new again.

Frank’s most favorite pastime though, was being with his family, telling stories and especially teaching his three grandchildren everything he knew. He imparted the value of family and hard work to his grandchildren. He cherished his two daughters and his two sons-in-law. He talked with everyone he passed and never met a stranger.

All funeral services will be handled by Welch Funeral Home, 10300 Richmond Road, Warsaw, VA 22572. The family wishes to express that all memorial contributions be made to any charity of your choice in honor of Frank. A celebration of his life and accomplishments will be held at a later date.
Read Less

Print
A private family celebration of life will be held at a later date.

We encourage you to share your most beloved memories of Franklin here, so that the family and other loved ones can always see it. You can upload cherished photographs, or share your favorite stories, and can even comment on those shared by others.

Plant a Tree in Memory of Franklin
Plant a tree 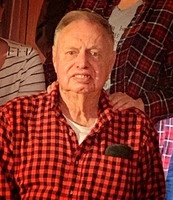 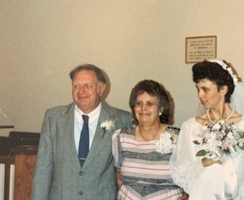 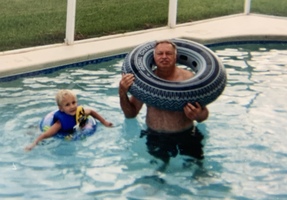