To share your memory on the wall of William Nash, sign in using one of the following options:

Provide comfort for the family of William Nash with a meaningful gesture of sympathy.

Print
On Monday, January 20, 2020, William Donald “Donnie” Nash went to be with the Lord, holding Layne’s hand as they have been for the last 50 years.

Along with his wife, Donnie is survived by his son and daughter-in-law, Pastor Robert... Read More
On Monday, January 20, 2020, William Donald “Donnie” Nash went to be with the Lord, holding Layne’s hand as they have been for the last 50 years.

Along with his wife, Donnie is survived by his son and daughter-in-law, Pastor Robert and Angie Nash of Staunton; a brother, Russell Nash (Elsie) of Baynesville; a sister-in-law, Faye Lewis (Evans) of Haynesville; and numerous nieces and nephews.

He was preceded in death by his parents, Earl and Francis Nash; a sister, Ernestine Allen; a brother and sister-in-law, Robert and Gertrude Nash.

Donnie served in the United States Army and was a veteran of the Vietnam War. He retired from the Virginia Department of Transportation in 1995 after 24 years of service. He was a member and a former Post Commander of VFW Post 7167 in Warsaw.

A funeral service will be held at 2:00 pm on Saturday, January 25, 2020 at Calvary United Methodist Church with Rev. MiRhang Baek officiating.

The family will receive friends one hour prior to the service at Calvary United Methodist Church. 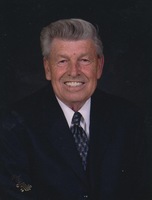