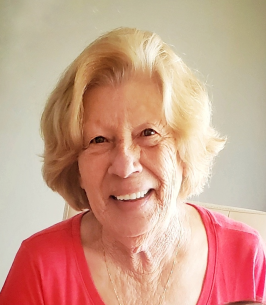 It is with heavy hearts that we announce the passing of Rosario Rubio, 76, of Lottsburg, Virginia; formerly of Twentynine Palms, California. Our beloved mother, sister, Nana, Tia, and sister-in-law, departed her Earthly life after a courageous battle with cancer. Known affectionately as either “Chayo” or “Rosie”, she was born in Brawley, CA to the late Ramiro Rubio and the late Andrea Angulo Rubio. She was a retired business owner and entrepreneur. She attended Watterson College, where she completed her certification in Sales and Marketing. A devout Catholic, Chayo was a member of Blessed Sacrament Catholic Church in Twentynine Palms, California until she moved to Virginia three years ago where she attended Cornerstone Chapel of Leesburg, Virginia.

Rosie worked very hard, beginning with her primary school days in Mexico and working as a laborer. She was very proud of her family’s agricultural work and of the fact that the grapes they produced became SunMaid raisins! Rosie also worked as a human rights activist as a young person, often leading marches in support of fair and nondiscriminatory labor practices for Mexicans. She led the marches in Mexicali on Flag Day with the Mexican Flag, and routinely on Monday’s there was a festival about the flag, and she led those festivities as well, which left a namesake for herself as a leader and an activist. She was intensely proud of both of her cultures – the Mexican and the American. She loved language and spoke both English and Spanish with grace and fluency. She was truly a bi-cultural person. As an adult, Rosie became dually licensed as a real estate and insurance agent. She also became a licensed hairdresser. Over the years she ran a number of successful businesses, some of which she started for family members to get a good start in their own adult lives. She was generous and capable. There was literally nothing she couldn’t do if she set her mind to it. She enjoyed antiques, traveling, was in a bowling league, and had a wonderful sense of humor.

Chayo loved nothing more than being with her family. She was the oldest of eleven and she was a little mama to all of her siblings. Even when she became an adult and had her own family, she was still always present in their lives. She doted on her own children and grandchildren and great-grandchildren and made sure that they had everything they needed, especially love.

Preceding her in death are her parents; her ex-husband Rodrigo Pena-Gonzalez; and her siblings: Rita Rubio, Genaro Rubio, Antonio Rubio, Martina Rubio and Ramiro Rubio. Certainly, there was a joyous welcome waiting for her in heaven.

A funeral Mass for Rosie will be held on Tuesday, June 7, 2022, at 2:00 p.m. Father Andrew Heintz will officiate. Burial will follow in the church cemetery. The family will receive friends at the Welch Funeral Home in Warsaw on Monday, June 6, 2022, in the evening from 6:00 p.m. to 8:00 p.m. A novena will be said following the visitation. In honor of Rosie’s love of animals the family asks that you make donations to the Northumberland County Animal Shelter, P.O. Box 603, Burgess, VA 22432.