To share your memory on the wall of Jon Williams, sign in using one of the following options:

Print
Jon “Jack” Sterling Williams, 58, of Warsaw passed away peacefully at home on May 31, 2021, with family by his side.

Born in Compton, California, Jon was the son of Carolyn Ann Hayes Williams and the late Dr. Jimmie Sherwood Williams... Read More
Jon “Jack” Sterling Williams, 58, of Warsaw passed away peacefully at home on May 31, 2021, with family by his side.

Born in Compton, California, Jon was the son of Carolyn Ann Hayes Williams and the late Dr. Jimmie Sherwood Williams. Left behind to cherish his memory are his children, Brandallyn Ann Tihinen (Aaron) and Justin Sterling Williams (Kristina); his grandchildren Elijah Bradley and Eilen Kelley Tihinen, and Solomon Julius Williams; his siblings, Dr. Robert Sherwood Williams and Merrily Terese Williams; his soulmate Deborah Reeth and their dog Sir Duke; his best and closest friend of 50 years, Thomas Owen Cochran. Jon was predeceased by his father, his grandson Jeremiah Sterling Williams, and his beloved dog, Winnie.

Jon loved his country. In the Army he served in Military Intelligence. His dedication to his country is evidenced by numerous awards: 2 Purple Hearts, 2 Bronze Stars, and a Silver Star Medal, to name a few. The date of his passing was Memorial Day, which befitted his status as a proud U.S. Army veteran.

In civilian life, Jon worked as an International Director at IBM. His professional life brought him all over the world, and often mirrored the countries in which he served in the military. He continued in this work until the rigors of PTSD overcame him.

After his retirement, Jon lived out the rest of his life in his ancestral home in the Northern Neck. The funeral service for Jon will be private.
Read Less

There are no events scheduled. You can still show your support by sending flowers directly to the family, or planting a memorial tree in memory of Jon Sterling "Jack" Williams.
Plant a Tree

We encourage you to share your most beloved memories of Jon here, so that the family and other loved ones can always see it. You can upload cherished photographs, or share your favorite stories, and can even comment on those shared by others. 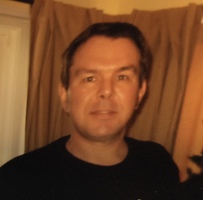