To share your memory on the wall of Kenneth France, sign in using one of the following options:

Kenneth loved his family dearly and the life he lived reflected that. After his Naval service, Kenneth worked for the NNK Electric and then worked as a farmer and waterman. He worked hard and created his own business as a building contractor, Kenneth D. France and Sons. His work ethic was legendary. There was not a thing he couldn’t accomplish that he set his mind to. He took time to travel, and he loved trips with his family. Kenneth was also an avid deer hunter and he and his dogs spent many happy hours hunting in the woods.

Left behind to cherish his memory are his beloved wife, Ann; his son Ken France (Rosie) and their sons Paul France and Evan France; his son Daniel Elwood France and his daughter Faith Ann France; his daughter Pamela France Dungan (Chris) and their son Rylee Dungan (Lindsay); all of Newland. Kenneth is also survived by his sisters: Ellen Burruss, Ruth Chappell, Jennie Bishop, and Cassie Haynie; many nieces and nephews and other extended family and friends. Kenneth was predeceased by his parents, two sisters and three brothers.

A Celebration of Kenneth’s life will be held at 3:00 p.m. on Saturday, April 17, 2021 at the Rappahannock Church of Christ with the Reverend Walker Gaulding officiating. The family will receive friends one hour prior to the service. In lieu of flowers the family asks that you make a donation in Kenneth’s memory to the Rappahannock Church of Christ, P.O. Box 1286, Warsaw, VA 22572.
Read Less

To send flowers to the family or plant a tree in memory of Kenneth Delano France, please visit our Heartfelt Sympathies Store.

We encourage you to share your most beloved memories of Kenneth here, so that the family and other loved ones can always see it. You can upload cherished photographs, or share your favorite stories, and can even comment on those shared by others.

Posted Apr 17, 2021 at 12:27am
Condolences to the family in the loss of Mr. France. He was a very nice man. Enjoyed working with him in the FSA office .
Gail Marshall
Comment Share
Share via:
SF

Posted Apr 16, 2021 at 06:41pm
So I was the lucky guy who married into the Delano/Coates/France family.. I married Sonnys youngest daughter, Teri..Kenny and I just got along from day one, .....I loved listening to the Northern Neck history, and how all his family history played out...Kenny knew the history , and I was enthralled....we had some great hunting stories thru the years as well... great stories of Sonny added in! Going to miss Kenny.....but he is with family gone before us and smiling down on us.....miss him
Comment Share
Share via:
FG

Posted Apr 16, 2021 at 03:45pm
Kenny was one of the first persons that we met when we moved here in 1990. He made us feel very welcome. Our sympathies to his family and friends. 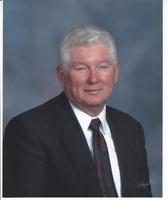