To share your memory on the wall of William Thompson, sign in using one of the following options:

Billy graduated from Colonial Beach High School in 1962 and continued his education at Atlantic Christian College in North Carolina, earning a Bachelors of Science degree in Mathematics in 1966.

At a relatively young age, Billy assumed a position at the NSWC base in Dahlgren, VA, applying his math knowledge to various projects as a mathematician for over 30 years. He retired in 1994.

Billy was devoted to his mother and secured a home in Westmoreland Shores where they resided together for many years. Although an only child, he consistently reached out to his extended family, particularly his Flemer cousins in Florida, his Williams cousins in Westmoreland County and his Fortenberry cousins.

Billy was an avid genealogy buff, always seeking out ancestral connections for family and friends. Discovering family connections was his passion and he was steeped in American History as well. He was a member of the Signers of the Declaration of Independence (DSDI) and was also an invaluable resource to local museums and libraries.

Billy was known for his dry sense of humor and having a steady, ‘no nonsense’ disposition.His words were few but weighted with wisdom. His visits with cousins were very much treasured. In his later years, he shared his home with his beloved cat Shelly and continued to archive family history.

Due to complications associated with COVID-19, a memorial service will be scheduled at a later date. Expressions of sympathy can be made in Billy’s honor to the SPCA or to the American Cancer Society.
Read Less

There are no events scheduled. You can still show your support by sending flowers directly to the family, or planting a memorial tree in memory of William Gillispie Thompson.
Plant a Tree

Posted Apr 16, 2021 at 05:27am
I remember Billy as a young boy waiting by Mattox Creek Bridge with his mother, for the school bus to take him to Oak Grove High School. In those days, Oak Grove was both Elementary and High School. I don't remember seeing him again until he would comment on FB about some history or past remembrance of Colonial Beach or in Westmoreland County. Later, I remember seeing him at St. Peter's Church in Oak Grove. So sad - Cancer has taken too many lives. RIP Billy.
Comment Share
Share via:
S

We came to know Bill several years ago when working on the family tree. We met, spent some time & shared photos. He was a cousin. He was very gracious & kind. RIP Bill, George & Susan Schulz Fieldmontfarm@aol.com 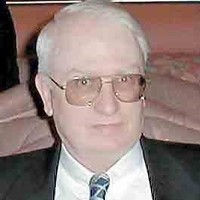 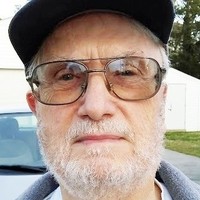