To share your memory on the wall of Bobby Albrite, sign in using one of the following options:

Bobby enjoyed an abundance of things in life. He was especially drawn to teaching and chose a career that allowed him to impact generations of young people in the Northern Neck. In addition to teaching, he was very involved in the school’s FFA program. When Bobby retired from teaching, he was free to pursue another of his passions – golf. He golfed avidly, worked in the pro-shop at Quinton Oaks Golf Course, participated in golf tournaments and put his many skills to considerable use crafting custom golf clubs. He never lost his passion for plants and his professional expertise served him well into retirement as he grew a wonderful vegetable garden. Bobby also adored his Hokies! He rooted as strongly for his team this past month as he had when he was a young man studying at Tech years ago. He lived an extraordinarily rich and full life and he lovingly passed these riches on to his family. After meeting Ruby on a blind date, they married on July 14, 1963 and started a family that grew to include his beloved children, grandchildren and great-grandchildren – each of them welcomed with delight. Bobby loved being a grandfather and had a special bond with each of them. He will be deeply missed by his family.

A private memorial service will be held for Bobby’s family at 2:00 p.m., Saturday, February 13th, 2021 at Welch Funeral Home Marks Chapel. Prior to the service a public walk-through visitation will be held at the funeral home beginning at 1:00 p.m. and all friends are welcome to attend this visitation. All Covid protocols (i.e. masking, social distancing and temperature checks) will be observed. In lieu of flowers the family asks that you honor Bobby’s commitment to his community by making a donation in his name to the Callao Volunteer Fire Department, P.O. Box 39, Calla, VA 22435.
Read Less

To send flowers to the family or plant a tree in memory of Bobby Lee Albrite, please visit our Heartfelt Sympathies Store.

We encourage you to share your most beloved memories of Bobby here, so that the family and other loved ones can always see it. You can upload cherished photographs, or share your favorite stories, and can even comment on those shared by others.

Posted Feb 25, 2021 at 02:30pm
Lisa, I just saw that your Dad had passed away. Ronnie and I are both so sorry to learn this news. He was always such a sweet man at the ball games and out to eat. I pray for comfort for you and your family. Ronnie and Cindy Cantrell
Comment Share
Share via:
BA

Posted Feb 13, 2021 at 12:43pm
I worked with Bobby at Quinto Oaks . He taught me and I enjoyed his company and our few times playing golf together. He is missed but understood his stopping work during this time. My condolences to all of his extended family. Bruce Adams
Comment Share
Share via:
HS

Posted Feb 09, 2021 at 07:09pm
Many of us that enjoyed many months / years of comradeship with fellow golfers at Quinton Oaks owe much to Bobby. He was the nucleus of the organization - quiet, unassuming and effective. Definitely the master of the "bump and run". I have moved on but have been missing Bobby and our little chats.
Dick Andersen
Comment Share
Share via: 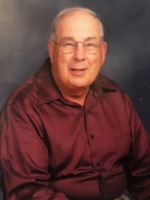 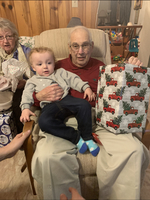 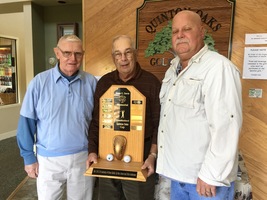