To share your memory on the wall of John Barber, sign in using one of the following options:

John served in the US Army during World War II, in the 14th Infantry Regiment where he was awarded the Combat Infantry Badge. Following the war, he studied Forestry at NC State, graduating in 1951, then joining the US Forest Service from which he retired in 1979. He was Executive Vice President of the Society of American Foresters until 1985 when he retired to the family farm on the Rappahannock River in Richmond County.

John stayed busy in retirement. He was active in St. John’s Episcopal Church in Warsaw, singing in the choir and serving as Senior Warden. His experience, insight, leadership and attention to detail made him a valued member of many conservation organizations, including Rappahannock River Basin Commission, the Chesapeake Bay Foundation, and the Northern Neck Soil and Water Conservation District where he served over 30 years as an Elected and Associate Director. He was an active member of the local Ruritan Club until his health prevented him from participating.

He was a devoted father, grandfather, uncle, and his warm laugh and ready smile will be missed by family and friends.

A graveside service will be held at Emmanuel Cemetery in Emmerton, VA on Tuesday, February 16 at 2:00 PM. Reverend Torrence Harmon of St. John’s Episcopal Church in Warsaw, VA will be officiating the service.

In lieu of flowers, memorial contributions may be made to St John’s Episcopal Church in Warsaw VA.
Read Less

To send flowers to the family or plant a tree in memory of John Clark Barber PhD, please visit our Heartfelt Sympathies Store. 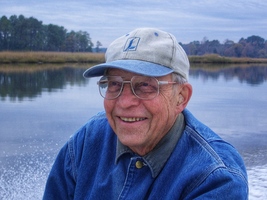