To share your memory on the wall of Frank Reymer, sign in using one of the following options:

Ernie joined the Marine Corps in February of 1970 and was honorably discharged at the rank of Sergeant in 1973. Upon discharge from the USMC he joined the Falls Church Police Department in Falls Church, Virginia. After he became injured in the line of duty he was retired from the police department. He became an insurance agent and spent many years working in insurance and then began working as an investigator with top-secret clearance for the federal government. He remained in this position until his illness forced him to retire in 2011.

He was a member of Henderson United Methodist Church in Callao, Virginia and was also a member of the Marine Corps League, Detachment 1062, also in Callao. He loved fishing in the Chesapeake Bay, deer hunting, John Wayne, and the Redskins “back when they were winning”.

Funeral arrangements are being handled by Welch Funeral Home in Haynesville, Virginia. There will be a walk-through visitation on Thursday, January 7, 2021 from 1:00 p.m. to 2:00 p.m. and burial will be Friday, January 8, 2021 at Quantico National Cemetery at 1:30 p.m. for immediate family only. In lieu of flowers the family asks that you make a donation in Ernie’s honor to Marine Corps Detachment 1062, 468 Northumberland Highway, Callao, VA 22435.
Read Less

To send flowers to the family or plant a tree in memory of Frank Ernest "Ernie" Reymer, please visit our Heartfelt Sympathies Store.

We encourage you to share your most beloved memories of Frank here, so that the family and other loved ones can always see it. You can upload cherished photographs, or share your favorite stories, and can even comment on those shared by others.

We were friends from then on, Ernie was saving all his $ to purchase the car of the times a Chevy Vega.

We went body surfing on the beach in Mayport, Fl.
Ernie said just jump on this wave with me as we were standing side by side, Ernie went towards the beach and I was about a quarter of a mile out. I swam and swam, finally I got back to the beach.. My last time to body surf.

We enjoyed liberty in the various countries in Europe then 31 October 72 Ernie left Barcelona and flew back to Camp Lejeune to complete his enlistment. I joined him in Lejeune in April of 73..

Ernie and I stayed in contact, he, Cindy, Tiffany and Eric would come to Pennsylvania to visit...then they purchased the property in Callo and in 91 my parents and I went to visit them there for the 1st time and went fishing on the Chesapeake Bay. Then we returned for many years over Labor Day weekend.

Ernie would come to Pennsylvania with his father Richard to deer hunt, I've got Ernie's shirt tails from the bucks he missed, although he did get a few bucks over the years.

We visited over the years as in April it would have been 50 years of friendship.

We both have had issues from the Camp Lejeune drinking water, as Ernie was afflicted with physical issues , I too am a survivor being afflicted since 08.

Farwell my
Marine Brother Frank Ernest "Ernie" Reymer as I know when I reach the Pearly Gates You will be standing there with Saint Peter to check my Clearance to be sure I'm allowed in.

Posted Jan 07, 2021 at 11:23am
Farewell Sgt Reymer. Detachment 1062 members will always remember your dedication to God, Corps, and Country. You were a stalwart who performed your duties honorably and without fail. You will be missed my friend. Hope you are on guard duty when I reach the pearly gates. Until then, Semper Fi Devil Dog. 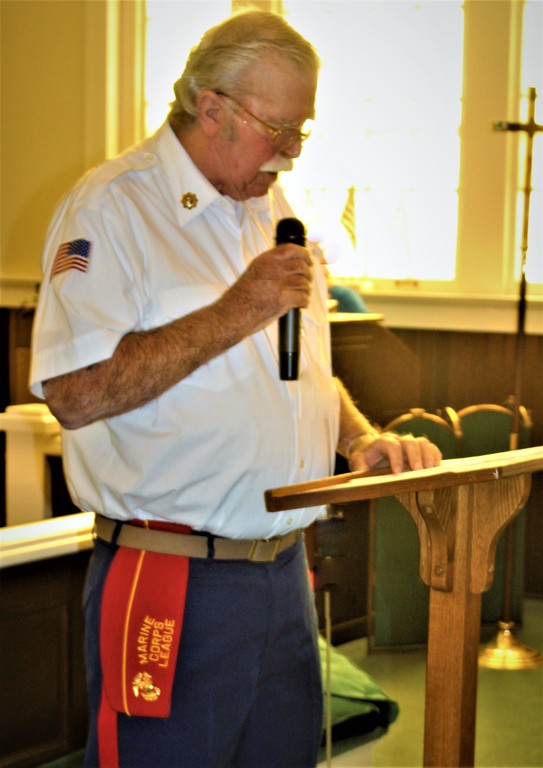 Posted Jan 05, 2021 at 09:37pm
Ernie, will remember you for your big heart and joyful laughs! Always with a pleasant teasing nature! Love Cecilia and Mike Walker family

Posted Jan 05, 2021 at 04:32pm
Please accept our most heartfelt sympathies for your loss... Our thoughts and prayers are with you and your family during this difficult time.

Flowers were purchased for the family of Frank Reymer. Send Flowers 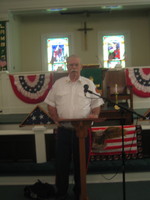