To share your memory on the wall of Andrew McCrea, sign in using one of the following options:

Andrew was smart, talented, and diligent. As a young man he attended Northumberland High School where he was a member of Junior ROTC, Future Farmers of America and was a favorite on the soccer team. Andrew made short work of college, obtaining two B.S. degrees, in Information Technology and Internet Security from ECPI in just three years and graduated with honors. During college he worked at the Book Exchange of Midlothian and then began working for the state where for the past eight years Andrew was a well-loved coworker and friend to all who worked with him. He had many passions and talents; chief among them was music. Andrew loved playing the guitar. It was a huge part of his life and he had a number of treasured guitars. Andrew’s time living in the Northern Neck was a huge influence on him and he remained a country boy at heart who loved fishing, being outdoors and target shooting. He loved animals very much and easily befriended them. Above all, Andrew cherished his country. He was a proud patriot with strong conservative values. An active member of the Henrico GOP, Andrew loved being of service to his fellow citizens.

Many people will feel Andrew’s absence acutely, none more so than his family. Left behind to mourn him are his father Tom; his siblings: Josephine Adelea Denny, Randall Scott Denny, Joseph McCrea, Brittany McCrea Bonniville and Charlotte Quinlan; his stepmother Christine McCrea; his stepfather Brian Scott Denny; his grandparents: Barbara McCrea, Francis C. Hardwick and Emma-Jo Levey Davis. Andrew is also survived by his aunt Kelsie Lee Davis; his great-aunts Gloria Headley and Elsie Mae Tokarz and a very dear family friend David Johnson. He is also survived by his cats Linus and Meatball. Andrew was predeceased by his mother Anne and his grandfather Andrew Jackson Davis, Jr.

A Funeral Service for Andrew will be held at 2:00 p.m. on Wednesday, October 28, 2020 at the Rappahannock Church of Christ in Warsaw, Virginia. Reverend Walker Gaulding will officiate. Visitation will be two hours prior to the service and burial will follow it. Andrew will be laid to rest with his great-grandparents in Carmel U.M.C. in Kinsale, Virginia.

In lieu of flowers the family asks that you make a donation in Andrew’s name to either the Virginia Citizen’s Defense League, P.O. Box 5752, Fredericksburg, VA 22403 (or online at vcdl.org) or to the Cople District Volunteer Fire Department, P.O. Box 51, Kinsale, VA 22488.
Read Less

To send flowers to the family or plant a tree in memory of Andrew Thomas McCrea, please visit our Heartfelt Sympathies Store.

We encourage you to share your most beloved memories of Andrew here, so that the family and other loved ones can always see it. You can upload cherished photographs, or share your favorite stories, and can even comment on those shared by others.

Posted Oct 26, 2020 at 02:10pm
Andrew was much loved and appreciated by his friends and coworkers at DCR. We will not forget him.

5 trees were planted in the memory of Andrew McCrea

Posted Oct 27, 2020 at 11:07am
Andrew was so helpful to the Customer Service Center at DCR we called him "our" Andrew. Sending heartfelt prayers to his family and friends. We will miss him dearly. Sue Smith and the customer service team.
Comment Share
Share via:
HA

Posted Oct 27, 2020 at 08:45am
Our prayers are given to the family. It was our honor to have know and worked with Andrew. May fond memories be shared always. Sincerely. Kiptopeke State Park family.
Comment Share
Share via:
ET 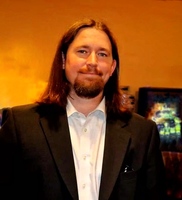