To share your memory on the wall of John Bowen, sign in using one of the following options:

Randy was a 1968 graduate of Rappahannock High School and attended Chowan University. He started at a young age working on the family farm with his father; planting and harvesting crops, baling hay, and raising pigs and cattle. He also worked at Warsaw Supermarket and Nomini Grove Grainery in his early years. He made his career as an Electronic Technician at NSWC – Dahlgren as a Navy Civilian and retired in 2011 after 38 years of dedicated service to the U.S. Navy and our Great Nation. Throughout his years, he continued to own Millbrook Farm, Inc. as the 3rd generation with the help of his partners and friends Robert B. Gillions and his son, Bayse.

Randy was a member of Menokin Baptist Church and also loved Lebanon United Methodist Church as he attended both with his parents growing up. He had many hobbies and talents including being the “PVC Master”. His farm boy skills combined with his engineering expertise made for some interesting designs and creative innovations. Randy was always working on projects and even made one (or three) of a kind pieces of furniture for his dear family. He loved being “Pop Pop” to his grandkids and “Dad” to his daughters and their husbands who he considered his own sons. In his spare time, he enjoyed hunting, fishing, target shooting, counting cows and checking fences. He was a member of Warsaw Bauman Lodge 332 for over 40 years, lifelong member of the NRA, and former member of the FFA.

The family will receive friends on Saturday October 17th from 1-3 p.m. with funeral service following at 3 p.m. at Rappahannock Church of Christ. Reverend Dr. Jason Patrick will be officiating.

In lieu of flowers, memorial contributions may be made to Menokin Baptist Church P.O. Box 1135 Warsaw, VA 22572.
Read Less

To send flowers to the family or plant a tree in memory of John Randolph "Randy" Bowen Jr., please visit our Heartfelt Sympathies Store.

Flowers were purchased for the family of John Bowen. Send Flowers

Posted Oct 15, 2020 at 11:08am
Randy was dear to us and Frankie will surely miss chats and laughter they shared. His visits, making him feel like one of the family, sitting around the kitchen table will remain among our most cherished memories. Our prayers are with all the family.
Comment Share
Share via: 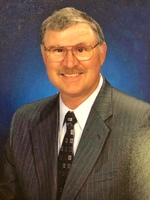