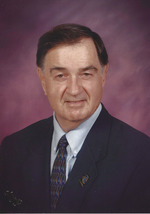 Fondly known as “Jay” in his personal life and as “Harry” in his professional life, he was in the transportation industry for over 60 years and was the founder and President of Best Trucking. Jay was an active member of River Road Presbyterian Church, serving as an Elder. He was a very dedicated member of the South Richmond Rotary Club, had a passion for antique fire trucks and was always a big supporter of several local fire departments. Jay’s favorite pastime was a good round of golf. Most of all, Jay loved his family and found great joy in being together. He will be missed by many.

He is preceded in death by his parents, Clyde and Etta Tesh; a brother, Clyde Tesh, Jr; and a sister, Lucille Perry.

Due to COVID a memorial service will be announced at a later date.