To share your memory on the wall of Luanne Glosser, sign in using one of the following options:

Luanne Dunn Glosser of Charlottesville, VA peacefully departed this life on Monday, October 5, 2020, at the age of 88. She was born on March 14, 1932 in Oak Park, IL, grew up in Chicago and Lombard, IL, and then later made Charlottesville her home.
She was preceded in death by her loving parents Clarence and Lucille Dunn from Boulder, CO and Chicago, IL, her beloved husband of 60 years, Dr. Earl A. Glosser, Ph.D., her daughter Cynthia A. Glosser, her brother William Dunn, her brother-in-law John (Jack) F. Wolfe, her nephew John Wolfe and her step-granddaughter Courtney Howard.
She is survived by her sons: Mark R. Glosser (Gail) of Marysville, WA, and David C. Glosser (Kim) of Warsaw, VA and daughter Pamela L. Glosser of Jamestown, NC.; grandchildren: Erin Glosser, Earl A. Glosser II (Ginny), Charles O. Glosser (Meagan), Robert A. Glosser (Leslie), Amanda Foster, Robert J. Spicer (Janiece), LaToya H. Croxton (Darvon), Travis Rynning, and Wes Rynning (Jami); 16 great-grandchildren, 6 nephews and 2 nieces. She also has two sisters-in-law and a brother-in-law, Anne Glosser Wolfe, Jane Glosser Davis and Peter J. Davis, Jr.
As a child growing up in Chicago, IL, her mother brought her into the limelight of child modeling, which she did actively from 1937 to 1943. She was known as “Chicago’s Shirley Temple” and was featured in marketing campaigns covering many products such as; Pullman Train Cars, Wheaties, Rice Krispies, KIX Cereal, Coca-Cola, HEINZ Ketchup, Sears, Marshall Fields, Quaker Oats, GE, Frigidaire, Bubble Bath products, Insurances Companies, Furniture Stores, Good Luck Margarine, Electronic Stores & Dealers, Pennsylvania Railroad, toy stores and toy manufacturers, as well as, other companies that needed magazine, newspaper or billboard marketing at the time.
She met her childhood sweetheart and husband Earl through her friends Jane and Anne Glosser, who later became her sister-in-laws. She graduated High School from Glenbard Township High School in 1950. Luanne attended COE College in Davenport, IA studying languages, cultures, and art. She was also a member of the Tri-Delta Sorority. She left school to marry Earl upon his return from Korea in 1953.
In addition to being a full-time mother, Luanne held numerous positions throughout her life. She was a church secretary and a kindergarten teacher for Canterbury Nursery School. She also worked for a needle & thread shop in Barracks Road Shopping Center, was the Gift Shop Manager of the English Inn, sewed, worked, and sold items at the C’ville Arts on the downtown mall.
She was a UVA Faculty wife and a member of the UVA Women’s Club for many years. Luanne also volunteered at the UVA Hospital and then later became the Gift Shop Manager.
One of her passions was knitting and selling her items under the name of LUNA to customers all over the world. She had more yarn than most yarn stores. To say she was into knitting was an understatement. We think she subscribed to every knitting magazine ever published. C’ville Arts was an incredibly special place for her to utilize her craft.
She had causes that were dear to her like the Charlottesville-Albemarle SPCA and the Defenders of Wildlife. She loved animals, especially stray or feral cats. She adopted one and called her Squeaky.

When Earl died, she decided to slow down a bit. She moved to the Colonnades on Barracks Road in Charlottesville. She enjoyed her time there and made many friends. She ran into some health issues and was moved to be near family at the Commonwealth Senior Living in Farnham where she spent her final months. They took great care of her at CSL. Our Thanks to both facilities and HOSPICE of Tappahannock.
She will be interred next year following a celebration of life at the UVA Columbarium. Information regarding the celebration will be sent out to family and friends once the COVID Virus subsides.
In Lieu of flowers, please donate to your local SCPA or Animal Shelter, Thank you.
Read Less

There are no events scheduled. You can still show your support by sending flowers directly to the family, or planting a memorial tree in memory of Luanne Dunn Glosser (Dunn).
Plant a Tree

We encourage you to share your most beloved memories of Luanne here, so that the family and other loved ones can always see it. You can upload cherished photographs, or share your favorite stories, and can even comment on those shared by others.

Plant a Tree in Memory of Luanne
Plant a tree 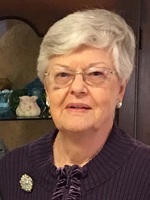 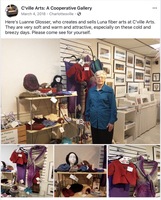 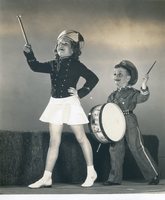