To share your memory on the wall of Estelle Christensen, sign in using one of the following options:

In 1955, Estelle and Carl moved to Montross, where Carl became pharmacist and part-owner of People’s Drug Store. Estelle enthusiastically embraced her new community and soon was filling many roles in addition to raising their three children. In 1956, she and a friend started the first kindergarten in Westmoreland County. Eventually that kindergarten became the foundation of Woodland Academy, which she and others established in 1969. There she continued to teach and nurture generations of young children. After she retired, she began a tutoring service to help students who were struggling in school.

Girl Scouting was another of Estelle’s passions. She and her friend, Frances Hinson Brune, brought Girl Scouts to Westmoreland County in the 1950’s. She served as a local and district Girl Scout leader and was a support and inspiration for the many young women whose lives she touched. In the late 1960”s she worked with her Senior Girl Scout troop to open the Coffee House in Montross as a safe place for teenagers to gather. In addition, she was an active member of her church, Andrew Chapel UMC, where she contributed in many ways, including chairing the Evangelism Committee and participating in a charitable knitting group.

Despite her busy life, Estelle decided to fulfill a lifelong dream, and she returned to college to obtain her degree. She travelled back and forth at night to VCU in Richmond for several years, finally receiving that treasured diploma in 1979.

In her spare time, Estelle was an avid reader, an excellent seamstress and knitter, and a good friend to many, both young and old. Her phone never stopped ringing!

A private family graveside service will be held on Sunday, October 4, 2020, at Andrew Chapel UMC, with Rev. Kevin Elmore officiating. A Celebration of Life is planned for the spring. Memorial contributions may be made to Andrew Chapel United Methodist Church Cemetery Fund, PO Box 187, Montross, VA 22520. Online condolences may be shared at www.welchfuneralhomeva.com.
Read Less

To send flowers to the family or plant a tree in memory of Estelle O'Connell Christensen, please visit our Heartfelt Sympathies Store.

We encourage you to share your most beloved memories of Estelle here, so that the family and other loved ones can always see it. You can upload cherished photographs, or share your favorite stories, and can even comment on those shared by others.

Posted Oct 01, 2020 at 07:11am
Estelle is and always will be my second momma. The year my mom died, I started back to teaching at Woodland Academy. In my grief, she told me she’d be my momma and she remained that. I’d been out of teaching for ten years raising my family. At that point, she also became my mentor and friend. She gave me confidence in my abilities to teach and raise a family. But to the community of Montross, she was a mover and shaker. If she saw a need, she stepped forward and helped. She will always be in my heart and I feel blessed and honored to have known her.
Comment Share
Share via:
MD

Posted Sep 29, 2020 at 11:35pm
I will always know her as mrs. Christensen as she was my very first school teacher. I had the pleasure of learning to read under her in kindergarten a long time ago at woodland. Whenever I go to Montross I always think of her and how she has been since those days. Very fond memories of her and quite an impact to be remembered so well 40 years later. The amount of lives you helped in your time here would be impossible to count. Thanks for everything you have done.
Michael Downing
Comment Share
Share via:
NL

Posted Sep 29, 2020 at 09:02am
My condolences to the family. Estelle was a wonderful woman, mother, and friend. I know Butch and Yvonne will share in my condolences as well. Nancy W. (Jones) Lee
Comment Share
Share via:
NB

Posted Sep 29, 2020 at 08:56am
Ann, I am so sorry to hear of your loss. Your Mom was a very strong influence in my life and I will always remember a very special birthday party for me held in your basement!!! Will never forget her kindness and that infectious smile!! My deepest condolences and may your memories forever keep her in your heart.
Nancy Weston Brown
Comment Share
Share via: 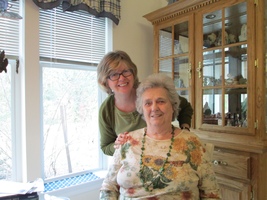 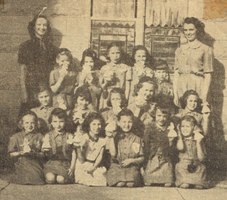