To share your memory on the wall of William Toone, sign in using one of the following options:

Print
William (“Bill”) George Toone of Montross, VA passed away on August 18, 2020 from myasthenia gravis and related conditions. His beloved wife and best friend, Agnes V. Toone, was by his side.

Mr. Toone was born July 23, 1934 in Arlin... Read More
William (“Bill”) George Toone of Montross, VA passed away on August 18, 2020 from myasthenia gravis and related conditions. His beloved wife and best friend, Agnes V. Toone, was by his side.

Mr. Toone was born July 23, 1934 in Arlington, Virginia. He was preceded in death by his parents, Charles A. and Carrie L. Toone, his brother, Charles A. Toone, Jr., and his sister, Betty L. Toone. He is survived by his wife of 43 years, Agnes V. Toone of Montross, VA; his son, William G. Toone, Jr. (Arletta) of Bozeman, MT; his daughter, Kimberley A. Toone of Culpeper, VA; granddaughter, Tessa M. Lee of Culpeper, VA; and grandson, Thomas C. Campbell of Stroudsburg, PA.

Mr. Toone held a bachelor’s degree from the University of Richmond and a Master’s degree from the University of Virginia. He taught school in Fairfax County Public Schools. He later took over the management of the family businesses. He was CEO of the Cherrydale Cement Block Company of Herndon, VA, a manufacturing company which had been started by his grandfather in the 1920’s. In addition, he managed the family hardware store and three real estate holding companies. Upon retirement from the business world, he went back to teaching in Loudoun County Public Schools. He was an avid hunter and fisherman all of his life.

When his wife retired from her job in Northern Virginia, they moved to Montross, VA to live full time in the home they had built earlier. Mr. Toone was a Vestryman at St. James’ Episcopal Church in Montross and also sang in the choir. He formed a “basement” band and performed gospel, bluegrass and country music at private parties, church picnics and retirement homes.

Because of COVID, services will be private. A memorial service will be held at a later date.
In lieu of flowers, please consider a contribution to the Myasthenia Gravis Foundation of America, 290 Turnpike Road, Suite 5-315, Westborough, MA 01581.
Read Less

Plant a Tree in Memory of William
Plant a tree 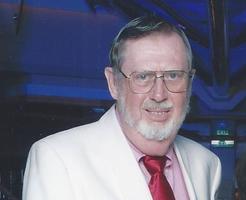