To share your memory on the wall of William Baxter, sign in using one of the following options:

Col. Baxter served in the Army Air Corps and was in the Philippines at the end ... Read More
Colonel William Dee Baxter, U.S.A.F. (Ret.), age 95, of San Antonio, Texas and formerly of Richmond County, Virginia, passed away on Sunday, July 19, 2020.

Col. Baxter served in the Army Air Corps and was in the Philippines at the end of World War II, where he flew P-51 fighters in addition to many other aircraft from Australia to Korea. He then served in Japan, flying out of Tachikawa during the occupation after the war in 1946. He took an Accident Investigation Board to Kimpo Air Base in Korea after a P-38 fighter crash. After staff work in the headquarters at Feamcom, Japan he returned to the United States in 1947 to the 10th Reconnaissance Fighter Wing at Pope Field, North Carolina.

Col. Baxter was born in Uvalde, Texas, 27 June 1925 to Zetta Mae and Jason Dee Baxter. He had a brother who died shortly after birth and a sister, Zetta Beryl (Baxter) Wakefield, who married Lt. Col. Joseph Wakefield, an Army Corps pilot, in 1938.

Col. Baxter, known as “Billy” in his youth, worked on a ranch as a young teenager. He got his first time in an Aeronca C-2 aircraft at age 14 in 1939. He entered Texas A&M University as a freshman at age 16 and left at age 17 to enlist in the Army. He asked for, and was assigned to, the Army Air Corps and graduated from flight training as a 2nd Lt. Pilot, Fighter, Tactical in December 1944. He was sent overseas to the Pacific and at the end of the war was at Manila, in the Philippine Islands.

Before leaving the Philippine Islands for Japan, Col. Baxter was offered a commission in the soon to be formed United States Air Force if he chose to remain in the service and he so selected. While in Japan, Col. Baxter was in charge of processing unsatisfactory reports on all aircraft in the theater. In addition to projects on the F-5 (a photo version of the P-51 fighter) in Manila, he flew to Guam, Okinawa, and Korea to work on projects involving various aircraft such as the P-38 and P-47 fighters.

At Pope Field Col. Baxter was assigned as a flight test maintenance officer and test flew all aircraft when returned to service, after maintenance. Col. Baxter asked for and received assignment to the Air Force Institute of Technology at WPAFB, Dayton, Ohio where he received a Bachelor’s Degree in electrical engineering.
With a straight 4.0 average grade at AFIT, Col. Baxter was sent on to the University of Michigan at Ann Arbor, Michigan, where he received a Master’s Degree in Aeronautical Engineering in 1952.

From Ann Arbor, Col. Baxter was assigned to the Joint Long Range Proving Ground, the Air Force Missile Test Center, Patrick AFB, Florida and worked on missile launches at Cape Canaveral. It was there in range safety that he worked with the first two generations of astronauts in the Manned Space Program of the United States of America. Later, he was assigned as Chief of the Range Safety Division and commander of the Joint Services Launch Site Recovery Forces for Manned Launches. Colonel Baxter worked with the representatives of the Secretary of Defense and NASA on establishing rules for manned space launches. He participated in launches at the block house by meeting with scientists such as Werner Von Brawn on the launch of the Apollo V. Colonel Baxter was the first Air Force Officer up the gantry the night astronaut Gus Grissom and crew were killed in the Apollo fire.

Col. Baxter was assigned command of the Bare Base project to develop equipment for the Tactical Air Command, and it was in that capacity that he went to Viet Nam in 1968 during the Tet Offensive. There, he flew combat missions in transport and helicopter aircraft.

Bill was preceded in death by his wife, Frances Marks Baxter.

A funeral service will be held at 11:00 a.m. on Friday, July 24, 2020 at Welcome Grove Baptist Church in Warsaw with Reverend Willard Bowen officiating. Interment will follow in the church cemetery.
In lieu of flowers, memorial contributions may be made to the Air Force Association, P.O. Box 1860, Merrifield, VA 22116-9636.
Read Less

To send flowers to the family or plant a tree in memory of William Dee Baxter, please visit our Heartfelt Sympathies Store.

Posted Jul 23, 2020 at 12:19pm
I knew "Airpalne Bill", as he was affectionly known, throught the fellowship of AA. He would tell me,"Life is lumpy, enjoy the smooth parts, nay, relish them!" He was a great mentor.
Jeanie Loser
Comment Share
Share via: 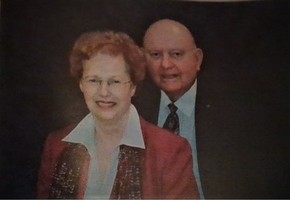 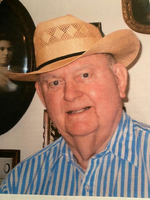