To share your memory on the wall of Jesse Wall, sign in using one of the following options:

For many years, Jesse lived in the San Francisco bay area of California where he was assistant to various Gap Headquarters executives over that time. He moved to Virginia only a short while before an insidious spinal ailment took his mobility bit by bit to the point where he was paralyzed from the chest down. Undaunted, Jesse used technology to pursue language courses and other interests that would challenge his immense intellect. He was the technology guru for his older family members. Jesse was an avid reader and quick wit, with a dry sense of humor. Though not always vocal about his feelings, his actions made clear how dear his family were to him. While his shining light has moved to a higher plane, his memory will be a comfort to those he leaves behind.

Interment will be in Washington state near his grandparents Jesse S. Wall, Sr. and Beulah Wall. Those wishing to make memorial contributions in Jesse's memory may make them to Mercy Ships, P.O. Box 2020, Garden Valley, TX 75771, or online at mercyships.org.
Read Less

There are no events scheduled. You can still show your support by sending flowers directly to the family, or planting a memorial tree in memory of Jesse S. Wall III.
Plant a Tree

We encourage you to share your most beloved memories of Jesse here, so that the family and other loved ones can always see it. You can upload cherished photographs, or share your favorite stories, and can even comment on those shared by others.

Posted Jul 07, 2020 at 10:22am
You are in our prayers as you remember the good times you had with Jesse. The idea of a tree appealed as a lasting reminder of your son. 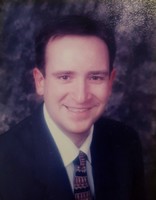