To share your memory on the wall of Harry Davison, sign in using one of the following options:

Print
Harry Lee Davison, Jr., a loving father and adored Papa, died unexpectedly at his home on June 12, 2020 at the age of 52.

Lee is survived by his father, Harry Lee Davison, Sr.; a brother, James Vernon Davison, a sister, Candance Suzette... Read More
Harry Lee Davison, Jr., a loving father and adored Papa, died unexpectedly at his home on June 12, 2020 at the age of 52.

Lee was born in Washington, DC on November 17, 1967, to Harry and Phyllis Davison. He was a life-time skilled Heating and Air Conditioning Master Technician, serving as a Field Supervisor and as his family’s personal HVAC guy for years. He was even one of the originals in the HVAC department at My Plumber, his place of employment, which he loved dearly because of the co-workers who were his extended family.

Lee loved hunting, bass fishing, and the outdoors. Although he became a bit of a softy in the end, letting the “little guys” walk past, he was happiest in his tree stand or talking about hunting with his children. He could almost always be seen with a cup of coffee or a Pepsi in hand, and his grandchildren knew they would be met with a bag of M&M’s anytime they saw their Papa. He was an intelligent man and was known by most for his smile and goofy jokes. He will be deeply missed by family and friends and all who knew him.

The family will receive visitors at 9:00 a.m. followed by a funeral service at 10:00 a.m. on June 23, 2020 at Johnson Funeral Home in Locust Grove, VA. Reverend Alan Miller will officiate. In lieu of flowers, donations may be made to the Alzheimer’s Association (DC Chapter), an organization he was proud to support through his place of employment.

Lee will be buried alongside his ancestors in the Fairfields Baptist Church Cemetery in Burgess, Virginia.
Read Less

There are no events scheduled. You can still show your support by sending flowers directly to the family, or planting a memorial tree in memory of Harry Lee Davison.
Plant a Tree

We encourage you to share your most beloved memories of Harry here, so that the family and other loved ones can always see it. You can upload cherished photographs, or share your favorite stories, and can even comment on those shared by others.

Plant a Tree in Memory of Harry
Plant a tree 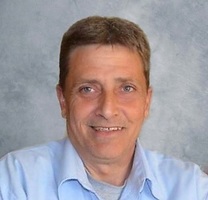