To share your memory on the wall of James Lake, sign in using one of the following options:

Having served Governor Ronald Reagan as head of the State of California’s Washington, DC, office in 1974, Mr. Lake went on to become his press secretary in his nearly successful challenge to Gerald Ford for the Republican nomination for the presidency in 1976.

When Reagan successfully sought the nomination for President in 1980, Mr. Lake served as communications director and campaign press secretary until the eve of the New Hampshire primary, when he and other top aides were dismissed because of campaign disagreements with other long-standing Reagan aides. He and others were later reinstated.

James Howard Lake was born August 16, 1937, in Fresno, California, and attended high school and junior college in Bakersfield, California. He received his B.A. degree from the University of California at Los Angeles. After working in the grocery and family businesses, Mr. Lake entered California politics in 1966, helping two-time Olympic Decathlon Champion Bob Mathias defeat an incumbent to be elected to the U.S. Congress. Mr. Lake then served as Mathias’ District Representative before moving to Washington, DC, in 1970 to become his Administrative Assistant.

Between presidential campaigns and thereafter, Mr. Lake advised agricultural and corporate clients on government relations and strategic corporate communications. He has been widely credited with developing a communications model that for the first time took effective political campaign strategies and applied them to corporate reputation and issue advocacy campaigns, transforming the public affairs landscape and profession.

In the early 1980s, he was instrumental at Heron Burchette Ruckert & Rothwell in establishing the practice of law firms accepting non-lawyers as key members of the firm. In 1984, Mr. Lake co-founded the firm of Robinson Lake Lerer & Montgomery with offices in Washington, DC, and New York City. The firm was later purchased by a global public relations agency. A frequent political commentator on CNN and Fox News, Mr. Lake was a partner in the then Barbour, Griffith, Rogers firm (now the BGR Group).

In 1997, Mr. Lake married Cynthia S. Hudson, and they resided together in Alexandria and Callao, VA.

Celebrations of life will be held at later dates. The Lake and Hudson families request that in lieu of flowers, anyone wishing to honor Mr. Lake do so by making a donation to the MINDlink Foundation (mindlinkfoundation.org/donate). The foundation was established in Catie Lake’s honor to support the pioneering cerebellum research of Dr. Jeremy Schmahmann’s Laboratory or Neuroanatomy and Cerebellar Neurobiology at Massachusetts General Hospital.
Read Less

Print
The Lake family will hold a celebration of life at a later date.

Plant a Tree in Memory of James
Plant a tree 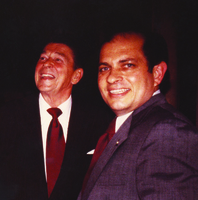