To share your memory on the wall of Mary Williams, sign in using one of the following options:

Print
Mary Headley Clarke Williams, 82, of Callao, Virginia entered into eternal rest on Friday, May 15th at 4:30 PM. She was the youngest daughter of the late Oscar Jett Headley and Etta Warwick Headley of Rainswood, Virginia.

Mary and her si... Read More
Mary Headley Clarke Williams, 82, of Callao, Virginia entered into eternal rest on Friday, May 15th at 4:30 PM. She was the youngest daughter of the late Oscar Jett Headley and Etta Warwick Headley of Rainswood, Virginia.

Mary and her siblings were raised without having much, but they all had each other. Their bond lasted through good times and bad and Mary was there for each one of them in their time of need. She loved being a caregiver, which led her down the path to becoming a CNA at Rappahannock General Home Health.

She was married to the late Warren J. Clarke, from which four children were born and she was later married to the late James H. Williams. Mary’s family was the most important thing to her. There was nothing she wouldn’t do for her children and grandchildren. They all brought her great joy and pride.

A memorial service will be held at a later date. Memorial contributions may be made to The American Lung Association or the American Heart Association.
Read Less

There are no events scheduled. You can still show your support by sending flowers directly to the family, or planting a memorial tree in memory of Mary Clarke Williams.
Plant a Tree 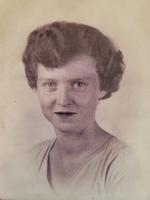