To share your memory on the wall of Anne Harman, sign in using one of the following options:

Anne also is survived by all of her siblings: Lucy S. Cardwell of Richmond; Frances S. Schoeninger and husband Doug of West Chester, Pa.; and Frank W. Smith, Jr. of Lake Stevens, Washington; and many, many nieces, nephews, cousins, and their families.

Equally so, Anne’s friendships are too numerous to name and she held each one as a chosen member of her family. Included are those from Buchanan County, “Down Home” on the Northern Neck, Mosby Woods, Labelle Woods, Arizona, and all points in between. Anne never met a stranger and meeting her for the first time meant another friendship made; and kept.

She was born in Grundy, Virginia on October 26, 1930 to Judge Frank W. Smith and Avee Chiles Smith. After graduating from Grundy High School, she went to Mary Washington College, earning a degree in music. Then she went to work at the Naval Surface Weapons Center in Dahlgren, Va. where she met and married Fred and they began their family.

In those days Anne played the organ for a number of churches and later was a substitute teacher and choir member in Southern Maryland. Her real passion was her family and making it a success was her life’s work. She succeeded.

In addition to her musical talent, Anne loved to dig in the dirt. Her flowers, blooming shrubs, and yards remain the envy of her neighbors. She also loved to decorate and take care of her home. Anne’s love of antique furniture resulted in a house full of cherished and loved family pieces and she knew the history of each one.

She also was a well known and respected quilter for many years and in many locales. Anne was a founding member of the Log Cabin Quilt Guild in Elkins, W. Va. and a longtime member of the Vienna, Va. chapter of Quilters Unlimited. Most recently she was active with the Tavern Quilt Guild of Heathsville, Va. and Uptown Quilt Guild of Warsaw, Va. Her eye for design and talent for hand-quilting won her praise and respect far and wide. Ever modest in assessing her work, she won numerous awards for her quilts from the Mountain State Forest Festival and other shows.

With Fred’s retirement in the mid-1980’s, they were free to do many of the things they had put off to raise their family. Included are many cross-country trips to visit relatives and friends in Arizona, Washington, and elsewhere in the West, and those many winters spent at Labelle Woods Resort in Florida. Summers were for Mosby Woods Pool, their yard, and reunions with her lifelong friends from Grundy and in her adopted hometown of Elkins where she was made an Honorary Alumna of Elkins High School. Her quilting was always present.

Anne was a member of Henderson United Methodist Church and loved her church and friends there. They showed their love for her by their many calls, cards, and prayers during the last year and a half and she cherished each. She also loved children, especially those who were lucky enough to be her neighbors.

“Miss Anne” was a Grand Lady and everyone she touched was better for it.

A service to celebrate Anne will be held at a later date. In the meantime it is requested that any expressions of sympathy or in her honor be made either to the Children’s Ministry of Henderson United Methodist Church, 72 Henderson Drive – P. O. Box 22, Callao, VA 22435, or to the Callao Volunteer Fire Department, P. O. Box 39, Callao, VA 22435.
Read Less

There are no events scheduled. You can still show your support by sending flowers directly to the family, or planting a memorial tree in memory of Anne Smith Harman.
Plant a Tree

We encourage you to share your most beloved memories of Anne here, so that the family and other loved ones can always see it. You can upload cherished photographs, or share your favorite stories, and can even comment on those shared by others.

Plant a Tree in Memory of Anne
Plant a tree 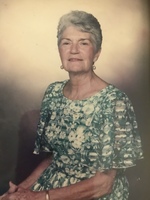