To share your memory on the wall of Everett Brown, sign in using one of the following options:

He was preceded in death by his mother, Alice "Nanny" Brown and brother, Robert "Bubba" Brown.

Pete spent most of his professional career as a Maintenance Specialist at Brandywine Auto Parts in Maryland and retired in 2001.

He was a faithful lifetime member of the Westmoreland Volunteer Fire Department from 1978 - 1993 and a dedicated member of over 20 years in the Pantico Run Hunt Club.

It was the simple things in life that made Pete happy. He didn't measure life by possessions but rather by his experiences he shared with family and friends. Pete preferred to spend most of his time outdoors hunting, gardening, and sitting under the tree with his cat of 13 years, Joe.

"Daddy Pete" will be missed by all for his kindness, honesty, ability to fix anything and everything, his willingness to help anyone in need, and for his appreciation of a good home cooked meal.

A celebration of life will be planned for early summer. In lieu of flowers, the family has asked for donations to be made to the Westmoreland Volunteer Fire Department, in memory of Pete Brown-Montross: PO Box 222, Montross, VA 22520.
Read Less

Print
A Celebration of Life will be held at a later date and time.

We encourage you to share your most beloved memories of Everett here, so that the family and other loved ones can always see it. You can upload cherished photographs, or share your favorite stories, and can even comment on those shared by others.

Posted Mar 27, 2020 at 01:38pm
Everett- Please know that my thoughts and prayers are with you and your whole family, Your wonderful father will live on thru
all of your thoughts and memories. God Bless all of you! Love, Jenny Woolsey
Comment Share
Share via:
MC

Posted Mar 25, 2020 at 09:38pm
Pete was a great man wh is loved by many !!!He will be missed. I'm sure Alvin Meinhardt has got him building something in heaven already.Thoughts and prayers to his family 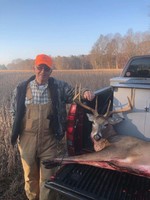 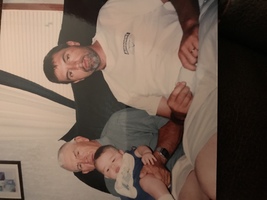