To share your memory on the wall of Michael Craddock, sign in using one of the following options:

Print
Michael Dennis Craddock of Lottsburg,VA, passed away on February 9, 2020, at the age of 76.

Michael is survived by a loving and devoted family: his wife, Jennifer A. VanLandingham of Callao, VA; Children: Timothy D. Craddock of Colonial ... Read More
Michael Dennis Craddock of Lottsburg,VA, passed away on February 9, 2020, at the age of 76.

Michael was born April 4, 1943, to parents, Ira and Margaret Craddock, both deceased, of Tarboro and Pinetops, NC. He graduated in 1970 from Southeastern University with a BS Degree in business administration. Michael had a successful career in the area of contracts and procurement for several large corporations in the Washington DC area, including Amtrak, Leasco, and Satellite Business Systems (SBS), achieving senior management positions at MCI and Concert before retiring to the Northern Neck in 1999. He faithfully pursued a second career from 2004 to present as a Communications Officer/Dispatcher for the Northumberland County Sheriff’s Office (NCSO). He enjoyed the daily interaction with his coworkers and interfacing with the community, especially those friends in the Safe and Secure Program.

A Celebration of Life Service will be held in the late Spring. In lieu of Flowers, memorials may be given to the Northumberland County Animal Shelter at NCSO, P.O. Box 310, Heathsville, VA 22473.
Read Less

We encourage you to share your most beloved memories of Michael here, so that the family and other loved ones can always see it. You can upload cherished photographs, or share your favorite stories, and can even comment on those shared by others. 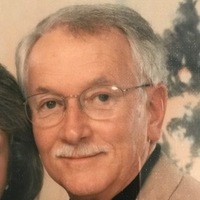 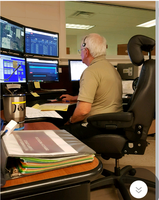 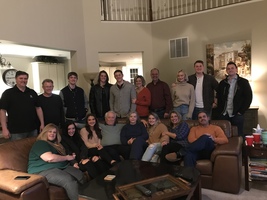 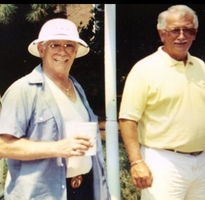