To share your memory on the wall of Daniel Seganish, sign in using one of the following options:

He was born in Kingston, PA, son of the late Daniel and Charlotte Regina Pastula Seganish, and widower of Clara Headle... Read More
Daniel Seganish (Age 88) of Springfield, VA, passed away surrounded by his loving family on Monday, January 20, 2020.

He was born in Kingston, PA, son of the late Daniel and Charlotte Regina Pastula Seganish, and widower of Clara Headley Seganish. Dan attended Swoyersville H.S., Wyoming Seminary (SEM) in Kingston, and graduated in 1954 from the Catholic University of America with a BS in Mechanical Engineering. Upon graduation, he worked at PEPCO and then proceeded to have a distinguished 37 year career as a civilian for the Department of the Navy, in Washington D.C. and Crystal City, VA. He supported numerous Naval Sea Systems Command (NAVSEA) submarine programs where his technical expertise, program management talents, and accomplishments were recognized and awarded. He was a beloved and devoted son, husband, father, and grandfather.

A funeral service will be held on Friday, January 24th at 2:00 p.m. at Henderson United Methodist Church, 72 Henderson Drive, in Callao, Virginia.

He is survived by his three sons, Kenneth of Great Falls, VA, Roger and his wife Amy of Olney, MD, Joseph and his wife Breena of Oak Ridge NC; as well as four cherished grandchildren, and many dear friends, and neighbors.

To send flowers to the family or plant a tree in memory of Daniel Seganish, please visit our Heartfelt Sympathies Store.

We encourage you to share your most beloved memories of Daniel here, so that the family and other loved ones can always see it. You can upload cherished photographs, or share your favorite stories, and can even comment on those shared by others.

Posted Jan 22, 2020 at 04:41pm
Dear cousins: YOIUR MOM was our first cousin! There are 4 of us ....all raised in Mundy Point & grew up in Henderson Church! Our Dad was Sherrard Headley,
your Mom’s Uncle as brother to our Uncle Kenneth!

Living so far apart, we just Did NOT get to know each of you! Our thoughts are certainly w/u having lost both parents so close together! Just hoping this helps as u go through this week & the months ahead!

We ARE still cousins, so in that spirit sending love & strength to EACH of U! My Dad &Mom are both buried
In the EVANS PLOT TO THE FAR LEFT OF MAIN ENTRANCE TO the church & at front ...under trees!
There are four of us: FRIEDA (close in age to ur mom),
Sherrard, Jr., Me...LEAH Virginia, & Ben ! BEN IS CLOSEST TO “home” as lives in Aylett! Rest of us are in GA, TX, & CO! Sincerely, LEAH HEADLEY SAMUELSON
4keepingtouch19@gmail.com
Comment Share
Share via: 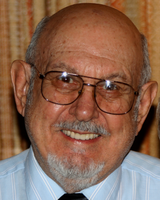 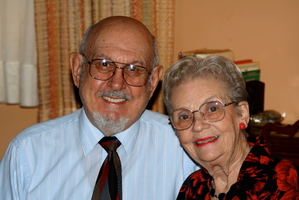 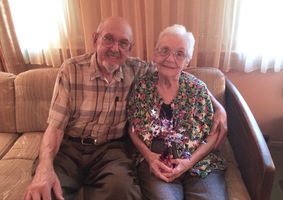 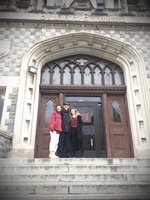