To share your memory on the wall of Jerry Gordon, sign in using one of the following options:

Provide comfort for the family of Jerry Gordon with a meaningful gesture of sympathy.

Print
Jerry Dean Gordon, age 65, of Warsaw, passed away at his home with loved ones by his side, on Saturday, December 7, 2019. Jerry’s work on Earth was done as he went to be with his Father in Heaven.

He is survived by his loving wi... Read More
Jerry Dean Gordon, age 65, of Warsaw, passed away at his home with loved ones by his side, on Saturday, December 7, 2019. Jerry’s work on Earth was done as he went to be with his Father in Heaven.

He was predeceased by his parents Morgan and Stella Gordon; brothers, James Gordon and Mickey Gordon.

Jerry retired from R. R. Beasley Concrete, Inc. in Callao in 2016, but continued to work part-time with Thomas W. Beasley Contractor in Farnham. Jerry also owned a lawn care and landscaping business where he, his wife Shirley, son Jason, and other close friends, worked side by side for years.

To Jerry, the most important blessing in his life was his Family. Even though he was a hard and highly respected worker, he always found time to enjoy family events or spending quality time with the love of his life, his wife, Shirley, as well as his children, grandchildren, and great-grandchildren. He was affectionately known as “J-Man” by many in his family.

Funeral services will be held at 2:00 p.m., Wednesday, December 11th, at Welch Funeral Home in Warsaw, with Pastor Todd Brown officiating. Interment will follow the service in the Jerusalem Baptist Church Cemetery in Emmerton.

The family will receive friends one hour prior to the service at Welch Funeral Home.

In lieu of flowers, memorial contributions may be made to Riverside Tappahannock Hospice, 289 Hospital Rd., Tappahannock, VA 22560.
Read Less

We encourage you to share your most beloved memories of Jerry here, so that the family and other loved ones can always see it. You can upload cherished photographs, or share your favorite stories, and can even comment on those shared by others.

Posted Dec 10, 2019 at 03:25pm
Our heartfelt condolences go to Shirley and the entire Gordon family. We pray that Gods comfort will be upon you now and in the days ahead. Jerry was highly respected and liked by many in the area and will be missed. Keith and Joyce Amos
Comment Share
Share via: 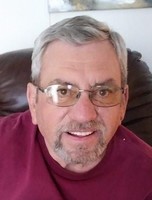