To share your memory on the wall of Alton Booth, sign in using one of the following options:

A private graveside service will be held.

The family suggests that memorial contributions be made to the charity of your choice or the Northumberland County Rescue Squad, P. O. Box 1, Reedville, VA 22539.
Read Less

There are no events scheduled. You can still show your support by sending flowers directly to the family, or planting a memorial tree in memory of Alton Jackson Booth.
Plant a Tree

We encourage you to share your most beloved memories of Alton here, so that the family and other loved ones can always see it. You can upload cherished photographs, or share your favorite stories, and can even comment on those shared by others.

Posted Oct 10, 2019 at 07:38pm
Jack was a very dear and special man. My heartfelt condolences to Jean and to his son. We will all miss him very much. Barbara Ettner
Comment Share
Share via: 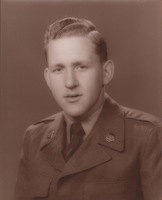