To share your memory on the wall of James Sanders, sign in using one of the following options:

Jim lived a simple, but purposeful life, always lending a hand, supporting multiple charities and community activities, and tending to his cherished gardens. He was the ultimate gentleman, showing respect and kindness to all. He operated a small business selling insurance in Hillcrest Heights, MD for 56 years, only retiring in late 2017. Jim served in the United States Army in Korea from 1953-1955. He met his wife and best friend, Sandra, at Western Union in the late 1950s. After leaving Western Union, Jim became a streetcar driver, beginning his long love affair with trains (something he would avidly draw with his grandchildren). Jim was a member of VFW and American Legion and beloved active member of the Rappahannock Baptist Church community.

Jim is survived by his wife, daughter Robin (Leonard B. Abercrombie) and son James (Mary Roby Sanders), grandchildren Alana Pedigo (Stephen), Alexis Sanders, and Julia Sanders and great granddaughter, Sophia Santmyer. The Sanders Family offer their sincere thanks to his caregivers, Theresa and Thelma, as well as his church family, who have offered their unconditional support and love. In lieu of flowers contributions should be made to the Rappahannock Baptist Church Cemetery fund.
Read Less

To send flowers to the family or plant a tree in memory of James Louis Sanders, please visit our Heartfelt Sympathies Store.

The Sarns Family, Ronnie, Connie, Vicki, Doug, and other have sent flowers to the family of James Louis Sanders.
Show you care by sending flowers

Posted Sep 12, 2019 at 12:22pm
Please accept our most heartfelt sympathies for your loss... Our thoughts are with you and your family during this difficult time.

The Sarns Family purchased flowers for the family of James Sanders. Send Flowers

Posted Sep 12, 2019 at 10:12am
Please accept our most heartfelt sympathies for your loss…our thoughts are with you and your family during this difficult time.

Posted Sep 12, 2019 at 07:15am
Jim, Mary, and the Sanders Family, With heartfelt condolences on the loss of your dear loved one, 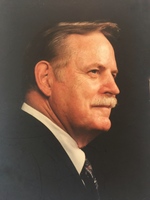