To share your memory on the wall of Leonard Clark, sign in using one of the following options:

Mr. Clark went by many names, Frankie, Frank, Bubba, Cat, Paw Paw, and Poppa Frank by those close to him but one thing was for sure, and that was his love for his family. He enjoyed playing baseball in his earlier years and continued to be an avid Baltimore Orioles fan. Frank was also a Redskins fan, enjoyed Nascar racing and remained a hunting and fishing enthusiast his entire life.

A memorial service will be held at a later date.

Memorial contributions may be made to American Cancer Society: Relay for Life of the Northern Neck at 4240 Park Place Ct. Glen Allen, VA 23060 in honor of Leonard Franklin Clark.
Read Less

There are no events scheduled. You can still show your support by sending flowers directly to the family, or planting a memorial tree in memory of Leonard Franklin "Frank" Clark.
Plant a Tree

We encourage you to share your most beloved memories of Leonard here, so that the family and other loved ones can always see it. You can upload cherished photographs, or share your favorite stories, and can even comment on those shared by others.

Posted Jun 04, 2019 at 04:35pm
So sorry to learn of Frankie's passing. I remember him from attending Calvary United Methodist Church as a child. I think he was in my Mom's Sunday School Class, probably back in the 60's.
Mary Lou Crabbe Dawson
Comment Share
Share via:
JB 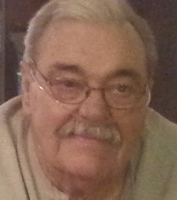