To share your memory on the wall of Lynn McFadden, sign in using one of the following options:

Provide comfort for the family of Lynn McFadden with a meaningful gesture of sympathy.

Born in Charlottesville, Virginia, she grew up in Bluefield, West Virginia where she attended Sacred Heart grade school, Ramsey junior high school and Beaver high school (class of 1955). She graduated from Hollins College near Roanoke Virginia in 1959 with a BS degree in Mathematics. After graduation she moved to New York City, where she lived for almost five decades, before moving to Cabin Point near Montross, Virginia and retiring. Before and after being a stay-at-home mother for 15 years, Lynn had a long, varied, and successful career in the financial services industry (Smith Barney and Brean Murray, Foster Securities), and the textile industry (Wamsutta Mills). Until retiring Lynn worked for many years as Executive Assistant to the CEO and event planner for the women's fashion company, The Worth Collection.
Lynn was a genius at organization and getting things done. She took on any task and made it look easy from raising children, to selling investment products and women’s clothing, to planning fashion shows and running barn sales - always making friends along the way. She was a devoted member of The Southampton Garden Club and the Episcopal Church, enjoyed vacations on Siesta Key in Sarasota, Florida where she owned a home for many years, and shared her life with her family, friends and several beloved dogs and cats. In retirement she was a member of Cople Episcopal Parish where she was an usher, lay reader, and a member of the Vestry and served as Register and later as Senior Warden. She loved spoiling her grandchildren, gardening, playing bridge, and watching and feeding the hummingbirds, wild turkeys and deer in her backyard.

Lynn is survived by her son Ashton McFadden of New York, and daughter Clarissa McFadden (Marcus Winn) of San Francisco and five grandchildren: Delancey, Eliza, Battle, Charlotte and Noelle. Also left to cherish her memory are her brother and sister-in-law Bill and Barbara Cole. Lynn was predeceased by her first husband, Tony McFadden and her second husband Nick Milos.

In lieu of flowers the family asks that you honor your favorite memory of Lynn by making a donation to Cople Episcopal Parish, P.O. Box 249, Kinsale, Virginia 22488.
Read Less

To send flowers to the family or plant a tree in memory of Lynn McFadden (Cole), please visit our Heartfelt Sympathies Store.

We encourage you to share your most beloved memories of Lynn here, so that the family and other loved ones can always see it. You can upload cherished photographs, or share your favorite stories, and can even comment on those shared by others.

Posted May 10, 2019 at 11:22am
May the God of all comfort Jehovah give the family
peace and comfort now. Revelation 21:3-5
Sincerely,
Wayne & Joan Ball
Comment Share
Share via: 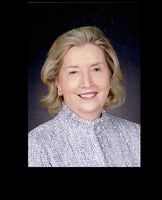